The Vital breath of Art

Art for Project in favor of Cisitic Fribosis Research Fondation

ARTVERONA DIGITAL: THE CHARITY AUCTION BEGINS TO SUPPORT THE RESEARCH ON CYSTIC FIBROSIS
Thanks to the charity partnership between ArtVerona Digital and the Cystic Fibrosis Research Foundation (FFC), collectors and enthusiasts will be able to win the Opera Arborea, the entire proceeds will be donated to the FFC scientific activity.

Arborea is in my imagination a modern dryad: nymphs who lived in the woods and embodied its strength and vegetative luxuriance. They didn’t fit in with the trees, but they could move freely and dance. Beautiful and young they had their lower part ending in a sort of arabesque reminiscent of a tree trunk.

Arborea has his face slightly bent down with his arms folded over his chest, because the essence of his soul is the vital breath that emanates. The skin, like the shell of this breath, bears stigmata forged in geometric incisions: they are fractals that are repeated in the shapes and ways of an intricate maze. . In its look inside, Arborea anchors itself to the Earth with roots that melt and fluidify as if they were appendages and support of this nephès, vital breath. It is known that cystic fibrosis leads to a progressive accumulation of mucus in the lung tissue that can easily cause infections, serious complications, up to respiratory failure. There is still no definitive cure for all cystic fibrosis patients, whose average life expectancy is just over 40 years.

Arborea with its regenerating force and luminous presence and its transparent soul seems to give new inspiration to nature, as well as to CF patients to whom it gives its vital breath. A positive, generous and encouraging figure. A hymn to research to defeat the most widespread serious genetic disease in Italy.

TAKE PART IN THE AUCTION

If you are a collector, a lover of contemporary art and sensitive to the cause of the Cystic Fibrosis Research Foundation, you can participate in the auction of the Arborea work from 4 December to 10 January 2021 on occasion of ArtVerona Digital, with an initial value of 20,000 euros.

For more information read the Regulations or write to donazioni@fibrosicisticaricerca.it – request@puntosullarte.it 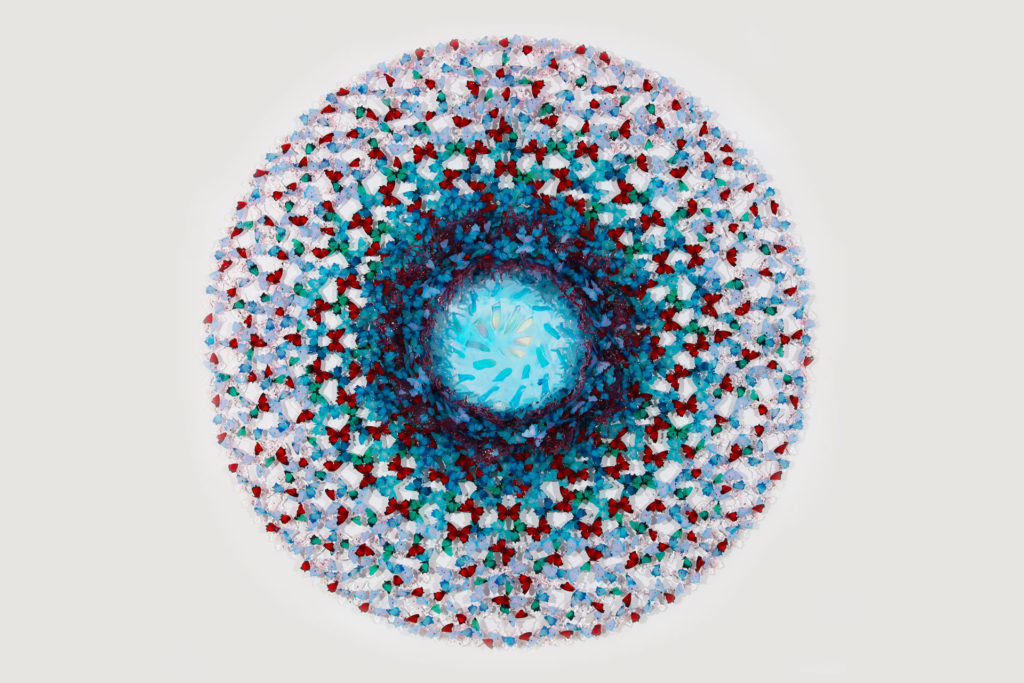 Dreamcatcher In the name of blue 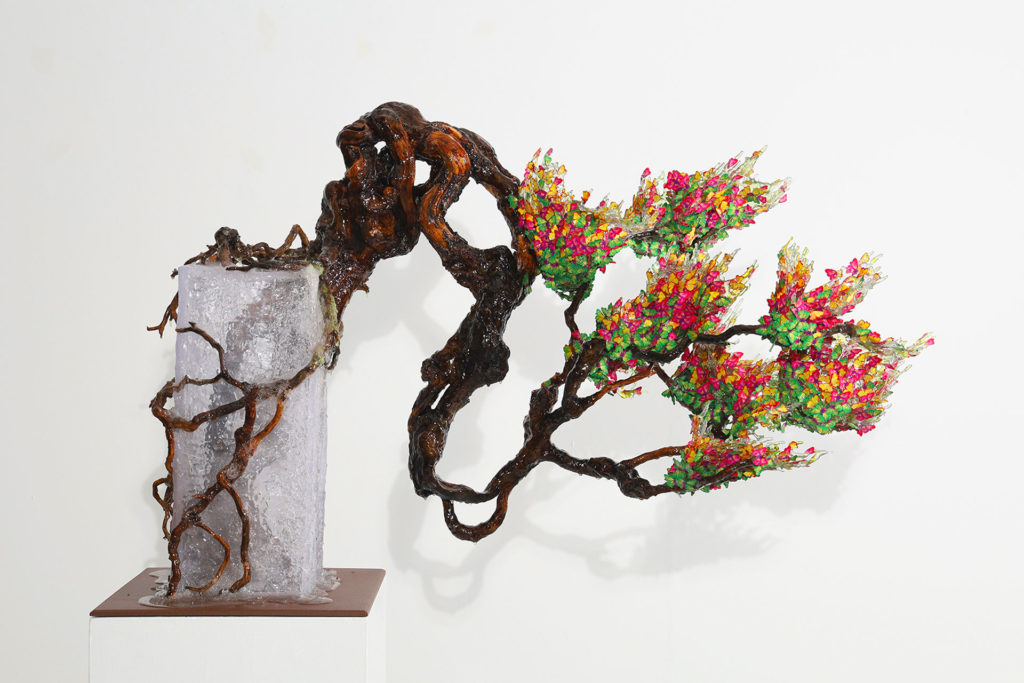 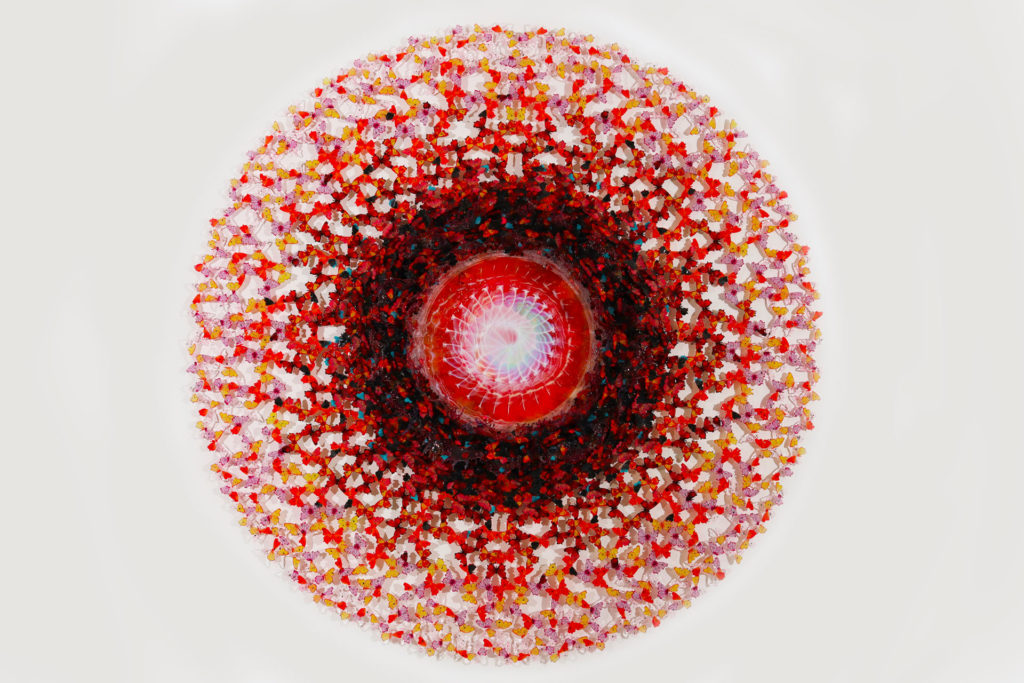 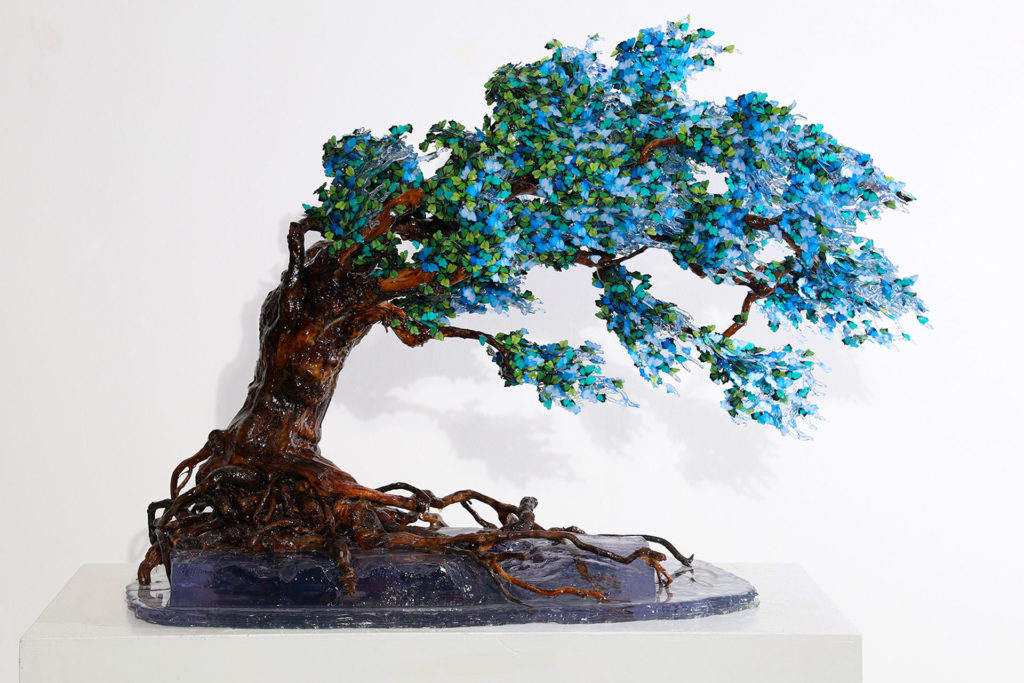