The Immaculate Virgin Capitana da Mar designed for the exterior of the homonymous church adheres to a new and at the same time ancient title. New in its application to a place of worship and ancient due to the historical reference to a singular model consisting of the image placed on the top of the dome of the Basilica of the Madonna della Salute in Venice.

This image is shaped by reworking recognized iconographic forms, which find inspiration in Sacred Scripture and become significant for the piety of a people who live in a territory facing the sea as is the coast of Jesolo.

According to the vision of chapter 12 of the Apocalypse, which the liturgical tradition includes in a Mariological sense, the Immaculate Madonna Capitana da Mar is characterized by the crown of twelve stars on the head and the moon under her feet. The victory over evil, meant by stepping on the serpent (cf. Gen 3:15) is confirmed by the sign of command, which the admirals wielded while leading the fleet of the Serenissima to battle. It is a sign of continuity with the historical devotion to the Madonna della Salute, whose figure stands out on top of the main dome of the Basilica erected in vote for the liberation of the plague of 1630.

In short, at the top of the large spire with a pronounced bow shape, the image of the Immaculate Madonna Capitana da Mar shows her progressing in faith in a full and incessant “Here I am” which makes her New Eve and therefore true “mother of all living “(cf Catechism of the Catholic Church 494 and 149): she herself constitutes” a sign of sure hope and consolation “for the pilgrim Church over time (cf Lumen Gentium 68 and Preface of the Solemnity of the Assumption).

If on the one hand the main setting of the masses is massive and solemn, on the other the anatomical composition is dynamic both for the position of the limbs (right leg to mark the step and at the same time flexed to trample the snake thus bringing the bust slightly forward ) and for the movement of the clothes that unfold in the wind, alluding to the sails of a ship that takes off. The drapery that wraps the Virgin is deliberately moved, rippled like the waves, rough like sand and rock, modeled as if it were coral.

This majestic structure of the clothes is complemented by the sweetness and polish of the complexion of the face and hands. The Virgin is therefore represented as a young woman with a confident and open gaze which reflects the brightness of her “fiat” that shines like a star on the sea (how can we forget the ancient hymn “Ave Maris Stella”!).

In this regard, it would be interesting to foresee an illumination at his feet that compares the Virgin to the lighthouse that illuminates the street, an authentic “light point” for the people of God, as well as having the function of giving it more noble and solemn grandeur.

The sculpture of the crucified Christ is placed on the back wall of the Presbytery in order to be the convergence point of the liturgical assembly. Overlying the altar which provides the theological center of architecture, this Crucifix visually strengthens the orientation of the prayer of the people of God, constituting “the interior east of faith” (J. Ratzinger, Introduction to the spirit of the liturgy, Milan 2001, 79) and expressing the sense of Easter hope.

The work entitled L.I.F.E. that is, LIFE fits into the more intense Eucharistic sacramental context, where the Church receives life. The title is punctuated referring to the inscription “I.N.R.I” above the figure of Christ but wanting to replace with a positive concept of life for this of the many New Testament references the most direct belong to the texts of the fourth gospel:

In fact, Jesus Christ on the cross is the Raised One, a symbol of salvation for all men. In his death he gives himself for man’s eternal life, making God’s love for the world shine. His crucified flesh radiates the glory of the Father, in the fulfillment of his sacrifice the Holy Spirit spreads in the ecclesial body and incessantly vivifies him.

To try to express the absolutely unique intensity and – one would say – the energy of the paschal act, it is necessary to refer to the most ancient season of the iconography of the cross, the glorious cross of the Lord and – icastically – to the verse of the ancient hymn of the Time of Passion: «Fulget crucis mysterium – the mystery of the cross shines». At the same time the care of the expression of the face, which will be raised upwards in the extreme delivery to the Father, will recall the model of the Crucifix by Guido Reni, thus underlining the Trinitarian physiognomy of the event, as in the definitive fulfillment of the pronounced eccomi when the Son enters the world through incarnation (cf. Heb 10: 5-10). In this filial here I am the link with the Immaculate Captain from Mar, who says her I am (fiat) in the Son and at the service of the mission of the Son.

From a formal point of view, the figure of Christ is a white sculpture which in part integrates itself with the Cross, on the other it detaches itself through the movement of the masses. Some parts of the body fall apart as if they disintegrate in the wind thus highlighting the energy and power of life that overcomes death.

The face, facing upwards with the gaze to the sky, is particularly detailed and constitutes the focal point of the composition.

Technically the masses will be created in synthetic ceramic and white and transparent resin and subsequently treated with white cement which accentuates the appearance of the dust/light.

Warning: Invalid argument supplied for foreach() in /var/www/clients/client10/web14/web/wp-content/plugins/weekly-class/classes/class.event.class.php on line 543 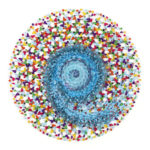 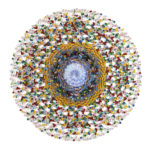 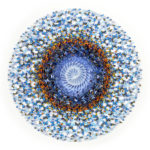 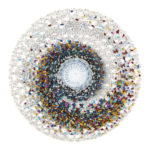